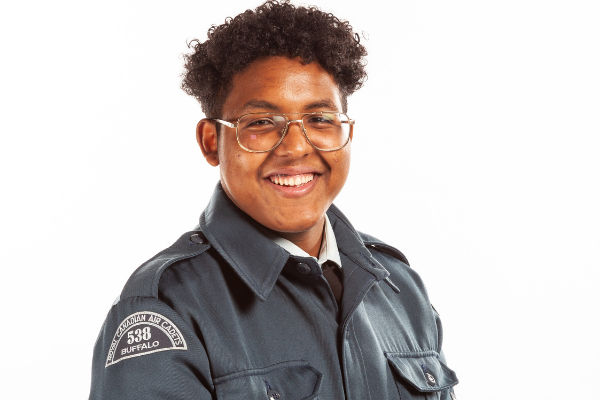 Mamdouh Baballa met the team from MASST at age 10. As the oldest of four siblings and new to Canada, Mamdouh didn’t always have the easiest time growing up. His family faced many challenges, including domestic violence, which ended when the father was removed from the home. He experienced fear and helplessness from a young age and this resulted in negative behavior at school and within the community. Often fighting and easily influenced by others, there was great concern Mamdouh would soon get involved in more serious criminal behaviors.

Through working with his MASST Team, Mamdouh was able to learn new social skills and took part in emotional regulation activities including skill building for communication, self-expression, self-esteem, self-advocacy and taking responsibility.These lessons that he learned have enabled Mamdouh to teach his siblings about positive behaviors as well. His mother tells us that Mamdouh has become a great role model for his siblings and they look up to him as a father figure. His courage, bravery, and honesty are setting a positive example for his entire family to follow. His mother sees her son as a fighter, someone who has fought hard to improve himself and has overcome very difficult life challenges.

As he progressed through the program, Mamdouh also attended many MASST and community-based activities. He was able to volunteer with Big Brothers and Big Sisters, and with the Muslim Family Network Society. He even enrolled in the Royal Canadian Air Cadets program, something he is very proud of. His goal is to serve his country as a member of the armed forces. Mamdouh tells us that the MASST program made him feel like he belonged in the community and he had something of value to give. Having come from a place of violence, we are pleased that Mamdouh has found another way to express himself and we have no doubt that Mamdouh will be a great member of our society.